Property and casualty insurers are rich as Croesus, awash in capital and having a tough time figuring out where to put it. They can certainly invest (and largely do) in the equity and bond ararkets, but the paltry returns give deep pause for additional consideration. So a few insurers are stashing at least some of their cash in a venture capital fund.

As cash piles grow bigger, property/casualty insurers that have had limited success in launching new technologies to support their businesses are now opting to buy rather than build. Some are finding new investments in technology startups as they launch venture capital funds.

Over the last two years, roughly a half-dozen property/casualty insurers have formed venture capital funds, among them AXA, XL Catlin and American Family. Not only do these funds present the possibility of big winnings by betting on an investment in a unique startup venture, these same ventures may be of use to the companies in their underwriting, claims management, and customer sales and marketing strategies.

The industry has long been branded a technology foot-dragger, the perpetual latecomer to the digital party. Although many carriers and brokers are now investing in social, mobile, data analytics and the cloud, their potential disintermediation by established technology players Google, Amazon and Apple is the 800-pound gorilla sitting in the boardroom.

Few insurers were prepared, for instance, when Google launched Google Compare to sell automobile insurance. Even fewer imagined Zenefits, a startup on track to displace insurance brokers in the provision of employee benefits. The company in May was valued at a staggering $4.5 billion.

Why didn’t a seasoned insurance company or brokerage invent Zenefits, which allows small and midsize businesses to manage employee benefits in a very simple way? Chalk it up to a pronounced lack of leadership and intellectual capital—visionaries and software architects with real technology chops.

Insurers simply have not grown their workforces to spawn the technology leadership of a Steve Jobs, much less the programming savvy of a Steve Wozniak (Apple’s founders, of course). While many carriers are just now beginning to create digital ecosystems, they’d like to goose the process. That’s where the venture capital firms come into the picture.

“We’ve been investing a lot of time and money in process improvements and digital technologies, but the truth is we weren’t doing particularly well in getting access to new and innovative ideas in the insurance and technology spaces,” conceded Manish Agarwal, general partner of AXA Strategic Ventures, a venture capital fund launched by AXA in February 2015. “We weren’t seeing the ideas that could be game-changers.”

Just the stuff these carriers are looking for, too. Their venture capital funds are investing millions of dollars to buy small stakes in a stellar array of extremely innovative businesses, most of them creators of novel digital technologies that may be useful to the funds’ parent companies in future.

“We’re looking to fund or create ventures that can significantly improve the cost or the effectiveness of insurance,” said Tom Hutton, managing partner at XL Innovate, the venture capital initiative launched by XL Catlin in April 2015. “These include new models for providing, distributing and capitalizing insurance.”

Marc Andreessen is co-founder and general partner of the venture capital firm Andreessen Horowitz, which has invested in Facebook, Groupon, Skype, Twitter, Zynga and Foursquare, among others.

As the old refrain goes, “If you can’t build it, buy it.” Besides, why should the big venture capital firms likeAndreessen Horowitz have all the fun and make all the money?

You Gotta Put It Somewhere

Property/casualty insurers may well be smart in their decisions to launch venture capital funds to invest in myriad tech and other startups. (We’ll introduce some of these investments in a few paragraphs). The challenge for the industry in recent years has been where best to invest its massive cash hoard, built up from years of low losses, particularly on the property-catastrophe side of the house.

Meanwhile, the pile is growing, according to a study by BlackRock last month (October 2015). With all this excess money laying around, the asset management firm believes that insurers are experiencing trouble determining where to invest it. That’s causing more than a few insurers to simply sit on the cash, sticking it under the mattress like Grandma used to do.

Certainly, every insurer would like to buy more high-quality bonds, but there aren’t enough to go around. Consequently, 40 percent of the insurer respondents to BlackRock’s study plan to make use of derivatives to gain exposures to assets they’d like to buy but can’t. Others are turning to alternative assets with longer-term yields matching their liabilities, such as infrastructure debt. 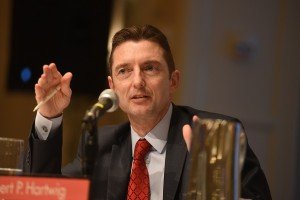 “The industry has record capital to invest on a global scale and is suffering like any institutional investor from low yields on traditional investments. It makes sense to look outside the traditional range of investments so long as they are not risking policyholder money,” said Robert Hartwig, Insurance Information Institute.

Then there are those placing their bets on a tech startup becoming the next Uber or Zenefits. Not that this is entirely unique. “Insurers have always made investments in areas that were either directly or tangentially aligned with their business models,” said Robert Hartwig, president and chief economist at the Insurance Information Institute.

In the 19th century, insurers were heavy investors in railroads, Hartwig noted. In the post-war 20th century, they were big investors in real estate, “looking to both diversify their investments and generate an additional revenue stream off a physical asset—in this case property and buildings,” he said.

Hartwig is not surprised that insurers have formed venture capital funds to invest in technology and other startup businesses. “The industry has record capital to invest on a global scale and is suffering like any institutional investor from low yields on traditional investments,” he explained. “It makes sense to look outside the traditional range of investments so long as they are not risking policyholder money.”

Since these are small sums relative to the insurers’ overall investment portfolios, Hartwig is not worried. “Some of them will produce strong returns, but not all of them at the same time,” he said. “Besides, these investments in technologies like next-generation [automobile] collision avoidance systems can be a hedge against current business risks.” He’s referring to the reduced automobile premium volume insurers have experienced as cars become increasingly safer and accidents fewer and less catastrophically severe.

Each of the venture capital funds has capital provided solely from its parent company. The money is earmarked to invest in startups or slightly older businesses with a unique product or service twist on underwriting, selling, marketing and distributing insurance, among other traditional insurance functions.

AXA Strategic Ventures, for instance, has two investment strategies: early-stage to seed money to a new company and later-stage to do the same for more established entities. AXA has allocated 200 million euros (about $290 million) to the venture capital fund for both purposes. The fund is set up in a separate general partner/limited partner structure, its returns not reflected on the parent company’s balance sheet.

Over the past year and a half, AXA Strategic Ventures has made seven investments in the U.S. (three of them made public) and 10 in Europe. Among them isPolicyGenius, creator of an online platform for consumers to review insurance coverages and research and compare quotes for term life, long-term disability, renters and even pet insurance.

“The reason we made the investment had less to do with the idea of buying something online, which is not really new or novel,” said Agarwal. “What we especially liked was the great front-end they had created to engage customers. It really stands out.” (See for yourself at www.policygenius.com/.)

Another investment was in Limelight Health, designer and developer of a mobile, cloud-based technology that helps smaller companies simplify the process for providing health insurance and other benefits information to their employees. “Today this process typically involves a lot of work with an agent, with multiple paper-based quotes and a lot of faxing things back and forth,” Agarwal explained.

He said that the technology enables brokers and carrier representatives and underwriters to immediately respond to customer quote requests, compare this information, and model the different benefits provisions and quotes against real-time market data (a concept that sounds similar to the Zenefits model).

American Family Ventures has invested in approximately 30 companies so far, according to Reed. They fall into three categories: companies in the data analytics space; those that make technology tools considered of use in the insurance value chain; and those that provide Internet of Things (IoT)-type connectivity, as this relates to the insurance products and services of its parent company. With regard to the latter, Reed provided the examples of autonomous vehicle technologies and the smart meters turning on our air conditioners, lamps and appliances. “These are new digital signs of risk,” he explained.

Among the investments (or “partnerships,” as Reed called them) is ImageVision, a provider of visual search and analytics tools leveraging machine-learning technology, and SNUPI Technologies, a sensor and services company focused on home safety and security. “Its customers use a wireless device that alerts them when a hazardous event occurs in their home,” Reed said. 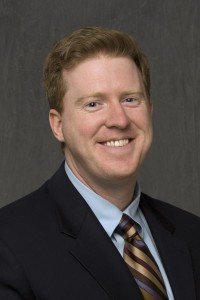 “Not all the innovation happens inside our company or inside our industry. A lot of brilliant stuff happens outside the marketplace,” said Dan Reed, American Family Ventures.

XL Innovate is investing in businesses identified as offering new underwriting opportunities, such as New Energy Risk, a provider of data analytics and performance warranty products. The eight-month-old venture capital fund is in the midst of acquiring a cyber analytics company, whose name Hutton was not at liberty to divulge. “We’re also in early talks about an investment in a property data company,” he said.

Several life insurers have recently formed venture capital funds, among them Massachusetts Mutual Life Insurance Co. Many of the same reasons apply. “A lot of amazing innovation occurs outside the industry in the entrepreneurial community, and when there is equity ownership in these companies this tends to spur innovations faster,” said Eric Emmons, managing director of MassMutual Ventures. “By partnering with these companies, it keeps senior management aware of what is coming down the road.”

Other insurance companies like The Hartford and Transamerica also have venture capital units but were unable to provide comments by press time. In all cases, the parent insurers are not dabbling—there’s plenty of cash going into these activities, albeit nothing along the lines of Sequoia Capital, the Silicon Valley giant that has invested in startups that command more than $1.4 trillion in combined stock value today. (Source: “Inside Sequoia Capital: Silicon Valley’s Innovation Factory,” Forbes.com, March 26, 2014)

Down the line, maybe one of these funds will become the equivalent of the next Uber, not to mention Google Compare or Zenefits. Not only would this be great for the insurers’ investment income, but it may also help differentiate their value propositions, products, services and operations.

Besides, it would be a heck of a lot of fun. Who says insurance companies are stodgy? Not the folks running their venture capital units.

This article was originally published by Carrier Management.

Can We Bear the Cost: The Planet Is Warming. How Can We Prepare?

Lessons on Auditing from Carillion’s Collapse