Nearly 70 percent of all freight moved in the United States travels by truck, a haul that totals an eye-popping 10 billion tons each year, according to the American Trucking Associations, a trade group.

Without trucks, the American economy brakes to a halt.

Despite the industry’s importance, its progress has long been impeded by its fragmentation—the tens of thousands of small trucking carriers needing intermediaries to transact business with shippers. Such brokers typically rely on telephone calls to engage the parties—not the most efficient or cost-effective means of moving freight in an age of on-demand commerce. 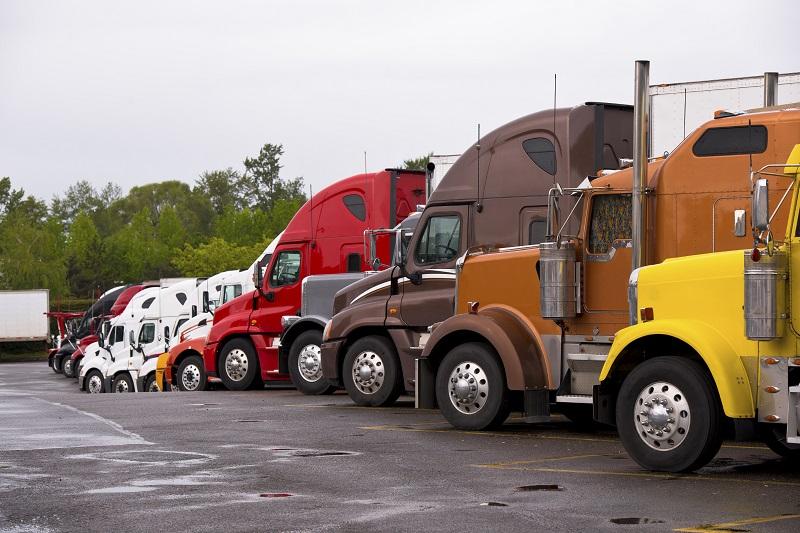 Now several mobile applications are looking to alter this paradigm for the better. By replacing the traditional middleman linking truckers to shippers and vice versa, the apps are shaping up to be as disruptive to the trucking industry as Uber was for the taxi business.

One of these new apps is Cargomatic, the brainchild of a tech entrepreneur from Silicon Valley and a logistics expert from Los Angeles, which launched in 2014. Another is Convoy, a Seattle-based startup launched in September 2015.

Not surprisingly, both companies leverage the similarities of their apps to Uber in their marketing materials. The comparisons are obvious, although the apps transport freight and not people. Like Uber, both companies have created algorithms that address the transportation needs between two parties, with all the financial logistics, such as billing and payment, handled by the app.

The new technology is further evidence of a gradual shift to on-demand transactions in shipper-carrier business dealings. In a world of one-click overnight and even same-day deliveries, companies gain competitive traction when they can move goods the fastest.

Such short-notice, spot-market jobs are becoming more common, according to Dan Lewis, founder and CEO of Convoy.

“Shippers need trucks to be available on a just-in-time basis more and more, but the carrier industry is very fragmented,” said Lewis, whose company is backed by some deep-pocket investors, including Pierre Omidyar from Omidyar Technology Ventures and Salesforce.com CEO Marc Benioff.

The industry’s fragmentation creates the need for brokers to interact with multiple carriers on behalf of a shipper to determine their availability, followed by price haggling and back-office administrative headaches. It’s common for a broker to conduct more than 200 phone calls per day just to arrange, track and complete shipments, Lewis said.

In this era of mobile apps, GPS navigation and the cloud, brokers on a telephone are an antiquated and costly way of arranging shipments.

“Anything that makes the middle work faster, more efficiently and transparently saves money at both ends,” Lewis said.

Brokers aren’t cheap. For local trucking jobs, the fees can be up to 45 percent of the job, he explained. Although Convoy also takes a percentage of each transaction, it is nowhere near 45 percent, he said.

Algorithm Does Work Of Middleman

The apps are designed to connect a shipper with a truck carrier to schedule transport at a competitive price based on distance, weight, size and other customary variables. Carriers are approved based on their financial security, reputation, equipment, rates and other factors.

Any type of shipper, from those moving parcels to those with a full container of goods, can make use of the technology. Like an Uber driver, the algorithm-selected carrier can accept or decline the opportunity on the app. If it consents, it then uses the app to assign the job to a driver. For shippers, there’s no waiting, haggling over price or managing paperwork.

Owner-Operators Stand To Benefit Most

Over the long term, the apps have the potential to transform the trucking industry from a network of mostly small businesses to one in which larger players emerge.

Today, more than 1 million smallish companies own 90 percent of all trucks, each owning about three trucks on average, according to Lewis. The apps may allow these small businesses to grow by reducing management burdens and administrative costs.

“It’s common for the owner to be one of the company’s drivers, making it difficult for these businesses to grow beyond three trucks,” he said. “More trucks means more drivers and more work to manage them. Beyond six trucks, companies need to hire back-office staff or simply stop growing.”

The new apps may also provide societal benefits. When freight shipments are booked more efficiently, a truck is on the road less often. Rather than driving back from a job with an empty container, the driver can fill the hold with freight on the return, reducing traffic congestion, vehicle exhaust emissions and the risk of automotive accidents.

The growth of Convoy and Cargomatic since their respective launches testifies to the demand for the technology. Cargomatic launched its app initially in Los Angeles and has since rolled it out into the New York tri-state region and the San Francisco Bay area. It subsequently raised $8 million to expand its platform.

And they have competition. Seven companies in the space raised $63.25 million in 2015, reported VentureBeat.

“Shippers and carriers are realizing this is where the industry is headed,” Lewis said. “The old ways of doing things no longer make sense.”

This article was originally published by Forbes.

Meet Algorithm, Your New Partner BROKERS ARE INVESTING IN AUTOMATION. IS COGNITIVE COMPUTING NEXT?